Power of the Unconscious Mind

I had a mentor who kept drilling into me, to make the unconscious mind our “best ally.” Initially I scoffed at the idea and thought that mentor had lost it, and with age, was out of this planet. Little did I realize how naive I was, to the power of the unconscious…. 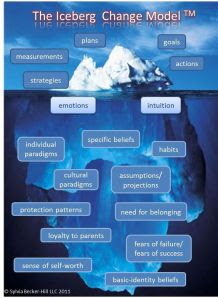 Over time and repeated guidance… its full power had unfolded…. So much so that I have experienced in many cases, by communicating to the unconscious and when there is total congruency between our states within yourself and the universe, the law manifests itself into being….. Wow to some… yes Wow.

Carl Jung, put it so succinctly , until you make your unconscious, conscious, the conscious will always direct your Life and you will call it FATE…..

I love to share a very simple experience on the above. This happened at 11 am this morning….
As many who have been interacting with me would know that the last 6 weeks since my arrival back into India was packed back to back with sessions, in particular the weekends ….. This coming weekend was the only weekend that I had unbooked.

Unbeknown I got a call from a past senior manager who I had coached some three years ago. Before he commenced the conversation he mentioned it was a con call with a CFO from an IT company in Mumbai. He introduced and following the pleasantries, the CFO indicated his need for specific interventions with his senior executive team….

He proceeded to say they had a fabulous year in revenue and as reward to the team the company is taking the group to Pataya, Thailand. They felt, it would have be of extreme value, if they could spice it with, some self- developmental work.

We proceed to discuss the developmental work, and within 30 minutes of my outlining a brief for intervention, he concurred and accepted that idea for the development of his senior core executives.

Hmmm, so the weekend is now booked… in Pataya Thailand… some work, some sighting seeing some water sport (as Pataya is renowned for it) and back into India, mainstream work on Monday….

To the many they might refer to this as LUCK, but to a few, they know and call it, “Labor under correct knowledge”, or put it bluntly “you make your luck”.

Numerous lessons learnt. Keep ploughing… digging and the harvest will come to fruit elsewhere. Never get bogged down with “the crabs” who like to pull others down to their levels. Never get disheartened, when, an associate from Singapore who rightly pointed out in our discussion yesterday, he had trained his staff and many competitors have head hunted them, or that some of those past staff had taken his clients away from him. As I pointed to this associate, that is normal business, but never to anchor and burden oneself with that baggage, just move on and let the Law of the universe work with you not against you…. That in itself had come home to roost in my case today.

It is interesting, I can now tick another from the list of things that I wanted to be able to have done…. Fly in and Fly out into countries on weekends for programs…. One that was on that list for over 4 years.
Friends, the power in believing in oneself, and setting the sail right for whatever you want, keeping one’s head down, bum up and just beaver at the task on hand…..

Posted by davidnair on June 11, 2017 in Uncategorized